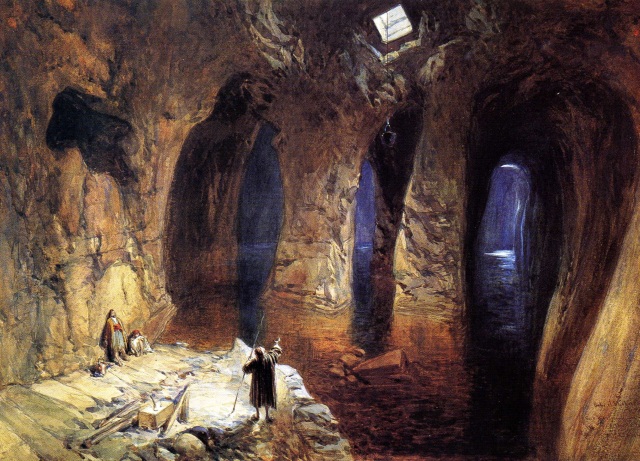 The PEF and the Pioneering Explorations of Jerusalem

SKU:
₪0.00
Unavailable
per item
When the biblical archaeology emerged in the 19th century, the Holy Land was still a neglected and remote province of the Turkish Ottoman Empire. It was lacking any basing infrastructure and development. This was the time when the faraway land became the "hottest" destination for the archaeologists who aimed to expose the Bible inside the forgotten ruins. We will follow their story in the pioneering explorations of Jerusalem. Who were the first British archaeologists who literally risked their lives in digging in the Holy City? How did they manage to trick the Turkish authorities who did everything they could to prevent the excavations? What did the British Royal Engineers (and intelligence) have to do with archaeological digs?

Photo: William Simpson's painting of the "Big Sea" cistern below the Temple Mount, 1868. Simpson visited the cistern in company of the PEF explorer Charles Warren.


The talk is based on Dr. David Gurevich's new book Exploring the Holy Land (Equinox, 2019).
To get "a taste" of the topic, read his piece in the Jerusalem Post: "Archaeologists reveal shocking stories of their past".

Not Available
Contact for more details about this topic and other related options.