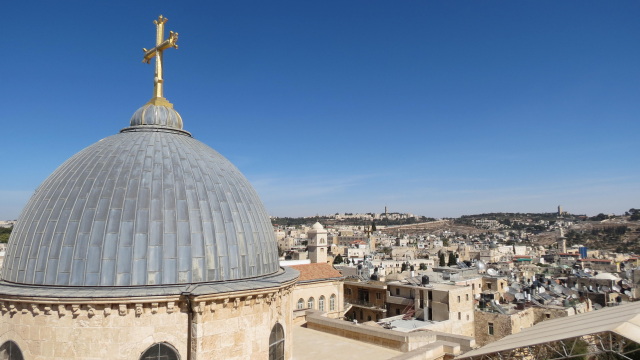 The Politics of the Churches

In February 2018, the Patriarch of the Greek Orthodox church, the Custos of the Franciscan Order, and the Armenian Patriarch of Jerusalem launched a press conference in front of the door of the most sacred Holy Site for Christians in the world. The Patriarchs accused the Israeli authorities in "systematic persecution" of their churches. The crisis was resolved only after personal intervention of the Israeli Prime Minister. What was happening behind the scenes? How can such future crisis be avoided? Dr. David Gurevich was personally involved in the events. This talk will provide insights into the burning issues on the Church-Israel relations, the Status Quo on the Holy Sites, and the interests of the various players.

Not Available
Contact for more details about this topic and other related options.