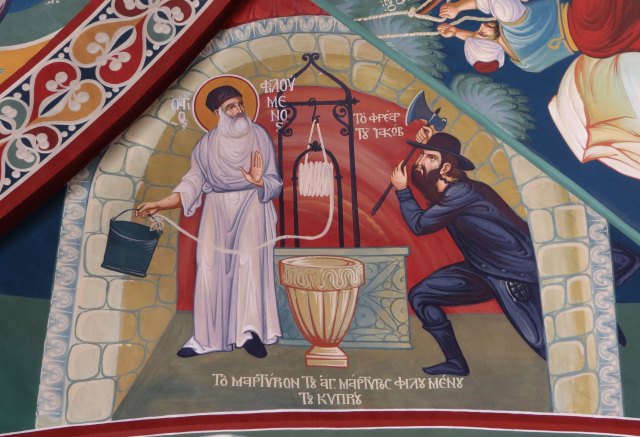 Contemporary Revival of the Blood Libels

SKU:
₪0.00
Unavailable
per item
During the medieval epoch, Christian antisemitism spread the libel that Jews engaged in the ritual murder of non-Jews, supposedly mutilating the bodies and draining the blood of their victims for making Passover bread (also known as “blood libels”). This myth inspired countless antisemitic pogroms. The lecture will discuss a contemporary blood libel – the case of St. Philoumenos of Jacob's Well, supposedly ‘ritualistically’ murdered by ‘fanatical Jews’ in 1979 and canonized by the Greek Orthodox Patriarchate of Jerusalem in 2009 – which is an is an evidence that this poisonous libel is alive today.

Photo: Drawing in the church of Machairas Monastery, Cyprus. 2006. Photograph by the author.
​

This talk is based on Dr. Gurevich's academic research published in Israel Studies journal and in Fathom journal.
Read his article in The Jewish Chronicle (UK): "It is time for Orthodox churches to confess on antisemitism".
Not Available
Contact for more details about this topic and other related options.